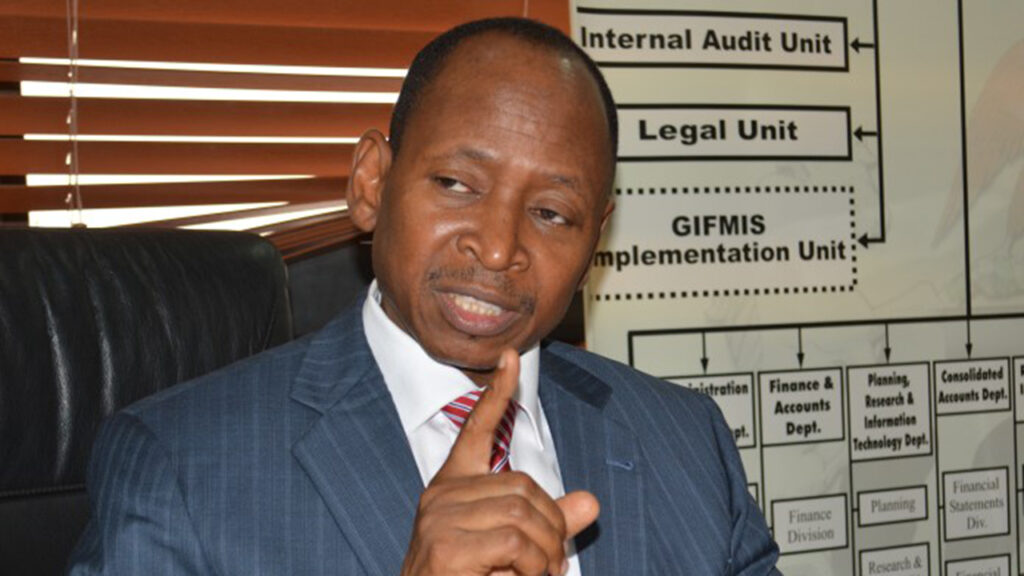 The Senate has taken a swipe at the Accountant General of the Federation, AGF, Idris Ahmed over his failure to disclose details of N57.6 billion federal government grants.

According to the Senate, the Federal government had in 2017 released N57.6billion grants to state governments, privately-owned companies, government-owned companies, contributions to international organizations among others.
Senator Matthew Urhoghide, Peoples Democratic Party, PDP, Edo South-led Senate Committee on Public Accounts raised the alarm over the grant as the Committee is relying on the 2017 report of the Office of Auditor General for the Federation.

“The sum of ₦57,624,929,461.05 (Fifty-seven billion, six hundred and twenty-four million, nine hundred and twenty-nine thousand, four hundred and sixty-one naira, five kobo) was granted by the Federal Government of Nigeria as grants and contribution which represent transfers to domestic and foreign governments, public and private-owned companies, academic institutions and internationals for 2017 The breakdown and details of grants and contributions were not presented for audit.

“Non-disclosure of details of Federal Government Grants and Contributions will cast doubt on the authenticity and actual usage of such grants and contributions. The incomplete disclosure of budgeted figures may result in extra-budgetary expenditures.

“The Accountant-General was requested to disclose beneficiaries of grants and contributions for the year 2017. In his response, the Accountant-General stated that the list of beneficiaries of grants and contributions in the period under audit would be made available on Monday 18th March, 2019 but no list or details was received as at the time of this report.

“The Accountant-General is required to disclose the budget and beneficiaries of grants and contributions for the year 2017”.

At the meeting with the Senate Committee to throw more light on the grants, the representative of Accountant General of the Federation, Segun Fehintola however failed to present any document before the Senate Committee showing the beneficiaries of the N57.6 billion two years after he had promised to make it available.

At the end of the day, the Accountant General promised the Committee that the details will be made available at the next sitting of the Committee which is this week.

Angered by the response of the Accountant General of the Federation, the Chairman of the Committee, Senator Urhoghide who noted that the observation of the Auditor General was genuine and the query must be sustained, insisted that details of the beneficiaries of the grants must be presented to the Panel at the next sitting.